These are of the Rohan Man's kitties, Fat Cat (the fluffy ginger) and Willy (the calico tabby-whom I named Geniveve when she was a kitten as she was to be my kitty, but that never worked out so she's now Willy. :P ) 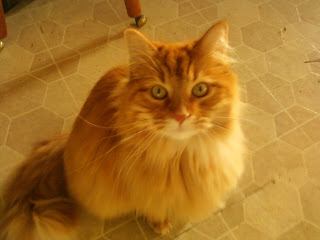 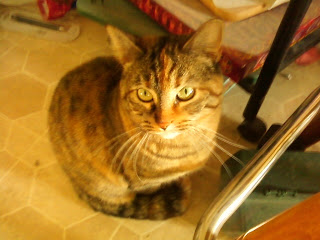 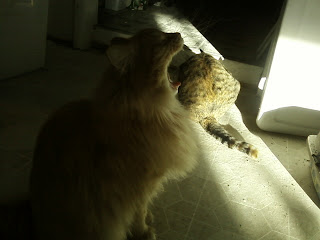 You don't know how mind bogglingly difficult it was to get these two to sit for portrait shots. They kept rubbing up against the phone and turning their heads and generally not sitting still. Like my five year old really, only she LIKES to have her picture taken. lol.  My favorite is the yawn pic. That was a lucky break that makes me very happy despite the dreary coloring.


P.S. Please excuse our dust and general not cleanness of the house. It's covered in drywall and other stuff. :P

EDIT: The lovely picture I was hoping for! They both jumped up on the couch behind me as I posted. :D hee. 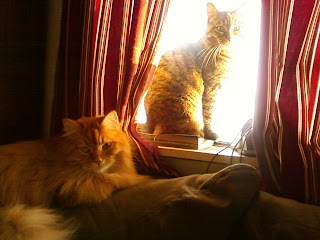