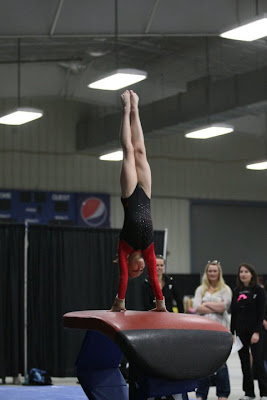 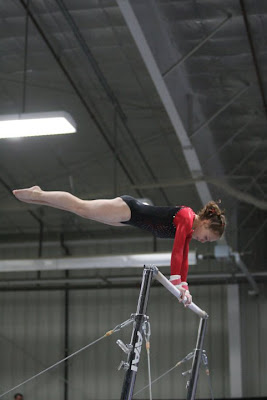 This is my favorite gymnast!

My grand daughter whom I got to go watch on the 24th as she participated in the State Finals Competition this year. She has had her sights set on going to the Olympics and this year even went to the Pac Rim Competitions to watch the US Women's Team compete before their tryouts for the Olympics this year. She so enjoyed herself and loved seeing the gals and the quality that they bring to this sport.

One of the US competitors noticed Julissa and waved at her which got her all excited to be noticed and then that gal went and got two of her other team mates to come wave to her. She was in tears. It appears that they have been keeping an eye on those who are up and coming in the sport as well. 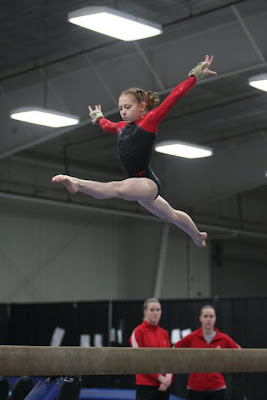 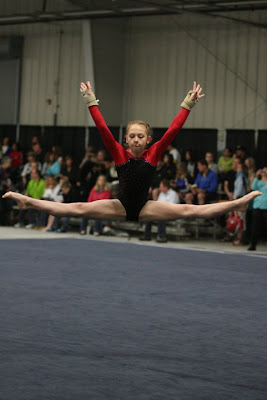 I do not know if she will change her mind but she has 4 years to decide if she wants to go out for the Olympic team. She will be old enough to participate in Brazil in 2016.

This could be one of the US Olympic teams members in our near future, if not then she plans on competing in College!

I love her goals that she has set for herself. I think she is a world class winner already for her attitudes and love of the sport.

Photos taken at a 2012 Washington Gymnastic competition in the state.
Posted by Vana at 7:18 AM