More  from our Boston trip.
As we were walking the Freedom Trail we saw what we thought was a large public art work
in a grassy triangular park where 3 roads intersect near Fanueil Hall.
The first time through we wondered what it was but didn't stop,
but on a subsequent day we decided to check it out
and we were glad we did.
It was a Holocaust Memorial.
It was dedicated all those who lost their lives in WWII to the Nazi extermination
and to those who were experimented on
and to those who survived.
It was a very moving experience. 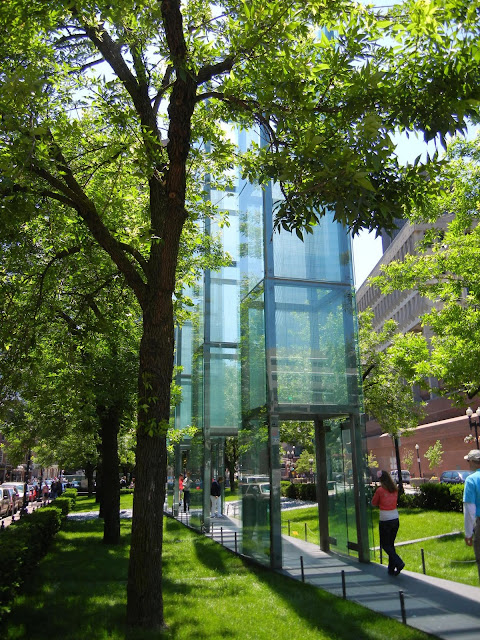 There was a separate glass tower
commemorating each of the concentration camps.
Each tower had numbers etched into the glass.
The numbers represented the numbers that were tattooed on human beings.

The panels also had quotes from various people...
many from survivors.
The quotes told personal stories and memories.