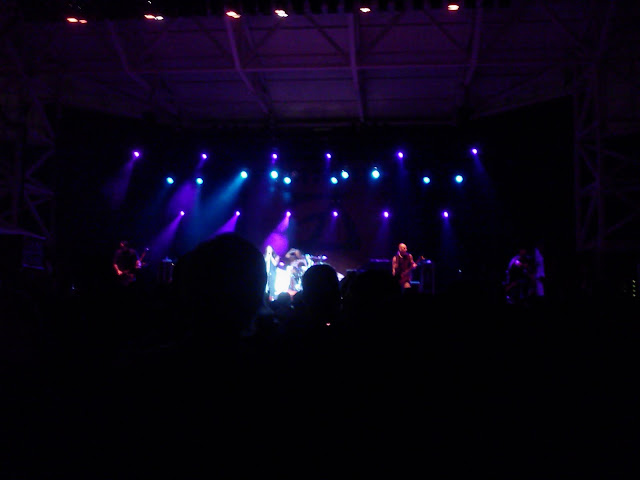 So every year around these parts there's this big music festival called Summerfest.  Basically a couple weeks of a wide variety of artists every day, you pay once for entrance to the festival grounds and can see however many bands you can get to on that day.  They don't always feature bands that I listen to, but the past couple years I've been going at least once.  This year I saw Sevendust, a hard rock band, (not my favorite but I hadn't seen them live before, so I figured why not?) and the two rock bands that played that stage before them: a local indy band and a lesser known signed band, neither of which I had heard of before.  Sad to say I found the main show disappointing due to poor sound mixing and being only an hour long (seriously, one of the openers played longer than they did!).  But hey, at least I discovered two good bands, so I got my money's worth for the night.

The picture above comes from the Sevendust show, and was hard to get due to their flashy light-show.  Most of the pictures I took wound up more like this one: 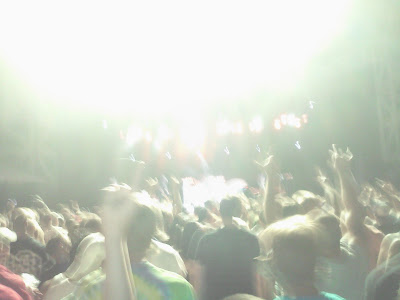